So you may recall I was designing a tremolo effects pedal for my friend. Well I got the boards back (lovely quality from OSHPark) and soldered them up and, well see for yourself! 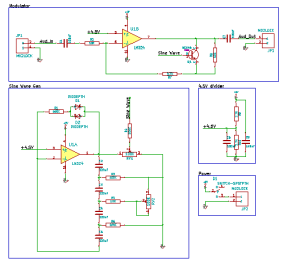 Above is the circuit for the project, which I have broken down into little bits. Hopefully it’ll be easier to understand that way! 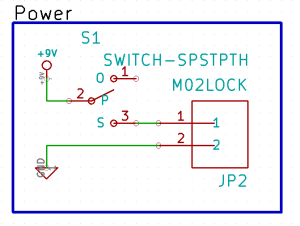 So I’ll start with the simplest bit! The power section. It’s pretty much what it looks like, power comes in from headers, and is switched, with a switch. 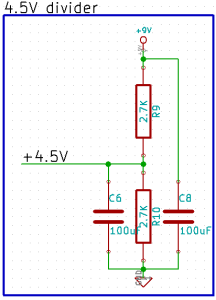 The next simplest bit is probably this bit, which is just a voltage divider to give us a nice 4.5V, and some smoothing capacitors across the supply rails. We need the 4.5V because this is what the signal will be centred on, and putting it directly in the middle of the supply rails makes it easier on the op-amp. Op-amps generally don’t work as well closer to the supply rails, and most of the time don’t output near them, to do this, you need a special kind of op-amp, referred to as a rail-to-rail op-amp. 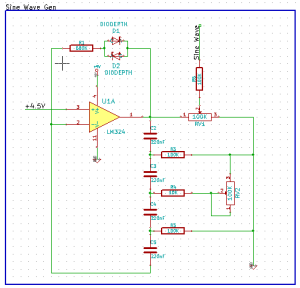 The next bit is the sine wave generator, this is a phase-shift oscillator configuration, with the op-amp for stability (without this op-amp if we were to try to draw any current out of the PSO the sine wave would collapse). RV1 and RV2 are potentiometers controlling the amount of modulation, and the frequency of modulation respectively.

The final section is the modulator itself! This is the bit where the sine wave is used to modulate the signal from the instrument. The modulation is actually applied to the feedback loop of the op-amp with the transistor (BC548) the op-amp then applies this to the signal itself. The capacitor on the output is to block the DC component of the signal (the 4.5V) and leave the signal as just the amplitude modulated input.

So that’s it! I will eventually be selling this as a kit, but until then, you can order the rev.1 board from OSHPark!